As a philosopher, young Karl Marx learned that work was an aspect of being human. He became an economist in fury that work was being systematically torn from our personhood to serve industries. His intellectual and political inheritors have mostly sought to limit this incursion, to protect the person from the world of work. Which wasn’t quite the point.

Meanwhile all around us people bolt because the work is even more important than the money.

Some have resources to survive on; others have only the urgent insistence of their vocation.

Let’s be clear. Entrepreneurship is not a good investment. You’d be hard pressed to find another place to put your money that offered a 50% probably of total loss of principal (and required 70 hour work-weeks indefinitely, without compensation).

I have known for some time, heard over and over, that people who make guitars and surfboards, bread and pants, are driven by the pleasure of manifestation, the urge to work with their hands, and the need to work autonomously.

I knew that artists too, most artists, forego security and luxury in fealty to that same urgency. Most artists work without promise of pay. As a performing artist, I am often asked to work for free. Filmmakers indebt themselves to the story that compels them. Not because it is a good investment.

Restaurants, a massive labor of love by chefs to share the ephemeral care of a plate of food, run on the razor’s edge. Managing perishable supplies and high labor costs with a 3-5% profit margin – and staggering working hours.

I knew that farmers take second jobs so they can stay in the business, so they can take care of their family’s land.

I did not know that journalists who provide the food of democracy also work “on spec”. It means they pay their own costs, and the newspaper or magazine doesn’t commit to publishing –or paying– until after the report is produced. I did not know that war reporters fund their own trips with credit card debt – hoping to be able to pay it off with revenue from the stories they write. Not because it’s a good investment.

Listening to reporters’ biographies on Longform podcast, I discover another cadre so committed to the work that they wade through rejections, persist through side-jobs, accept the grinding insecurity of permanent freelancing.

Circus artists are paid by the second – when they can get paid work. They maintain and develop enormous and delicate skill on spec, and yearn for opportunities to use it. 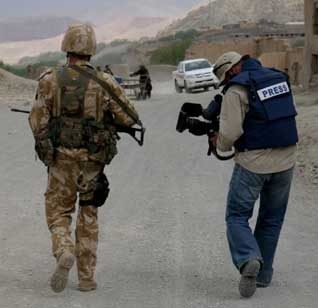