Netflix’ series about Chefs (Chef’s Table, Mind of a Chef, and Ugly Delicious) are not cooking shows. They are biographies, of chefs, and of cuisines.

The chefs struggle with tradition, to find their voices, and with the multifaceted challenges of producing in a new way.

Throughout these series, chefs emphasize that it’s the ingredients who inspire them, and that without superlative ingredients they couldn’t do what they do. (The ingredients don’t do it by themselves, either.)

Alain Passard, whose restaurant Arpège has had 3 Michelin stars for 20 years, reached a point of crisis. “In 1998, something changed in me. Working with meat became painful.” He removed meat from the menu and told Michelin “I’ve made my decision. Now you make yours.” He still has his stars and is credited as one of the progenitors of the “farm to table” movement. “My garden saved my life.” (Chef’s Table France Episode 1)

The Italian organization, Slow Food, helps products like the Sicilian Romana almond to survive through its “Ark of Taste” (1999–),  established as a Presidium system (2008–).

Flavor is an aperture…. To quality, culture, artistry. To economics, ecology, and ethics.

Season 2 of Mind of a Chef follows Chef Sean Brock, who describes his work as “restoring cuisine” in the American South. He works with Glenn Roberts, founder of Anson Mills, whose lifework is to “repatriate the landrace varietals” such as Carolina Golden Rice. Here’s an article telling the story.

One of the most touching stories is of a 4th-generation gelato-maker, Corrado Assenza, who inherited Café Sicilia in Noto, Italy. Here’s the transcript from Chef’s Table Season 4 Episode 2.

Granita is a sweet dish, made of flavored ice, like a sorbet. Almost all Sicilians eat granita and brioche for breakfast. And there are two different groups of people: those who eat almond every morning, and those who eat lemon every morning. And they don’t change. I prefer the almond.

This is the place where we grow the best almonds in the world. We use the entire almond to make the granita, and you taste the difference. The richness of taste, the notes of sweetness, it’s the touch of something which refreshes your palate, but simultaneously refreshes your mind…

Caffé Sicilia was important to the village, a landmark for many. It has been passed down in my family for four generations. But the laboratory was entrusted to the only pastry chef not from the family, Mr. Roberto Giusto. He lived to work and was recognized as important by the whole town.He said the work of the pastry chef is to make the classic Italian pastries. But it isn’t enough to know kitchen techniques. You have to recognize raw materials in nature and respect the land…

[Later when I was the chef…] It was a massacre. Without the almond, I couldn’t make almond granita. The taste of Caffé Sicilia was disappearing. I had to do something.
I asked myself, “If Maestro Roberto was here now, what would he do?” I thought about what he taught me, how to make the basic recipes with quality ingredients.
But the most important ingredient was at risk.
So, while the Romana almond has become the most famous almond of our land There’s very few of them.I needed to figure out what was happening.
So, I went to the farmers.
They told me that the big problem was the traders, who decided the almond was not worth investing money in. As a result, the farmers abandoned the land.
So I put together a plan to save the almond. We would cut out the traders, so the farmers could sell the almond directly to us. We started to spread it among the farmers. I had to convince them to fight for the almond because it’s a cultural heritage. Because if it disappears, it will never come back. It was a long and slow process, but eventually they wanted to work with us.
We brought [the almond] to the taste expo in Milan. From that moment on, the world knew of the existence of our almond. Then, I went back to the laboratory to work on a new recipe to highlight the almond…I rediscovered my purpose, to preserve my land, my Sicily…

Franzo, our great shepherd and ricotta producer, works from 2:30 a.m. to midnight, hand milking over 500 animals to make the ricotta perfect. Franzo is a person of quality, extremely serious and rigorous. But the public doesn’t know anything about his work, and that’s a huge regret for me. I want him to succeed in giving a future to his family and his farm. So I made my friends appreciate Franzo’s products, cooks, pizza makers, pastry chefs, and now they buy his cheeses. He always thanks me for what I am doing for him, but it’s me who should constantly thank him.
The gelato I make with the ricotta, flavored with rum and chopped pistachios, would be impossible without Franzo’s work. It’s my duty, if he gives me his perfect ricotta, to make the perfect gelato…

Over time, it became increasingly difficult to focus only on the work inside of the kitchen. Sicily had become commercialized. Where there were once vegetable gardens, those lands were used to build shopping centers. Fake cities, where you don’t buy fresh. You buy preserved. And you call that civilization? This is ignorance. I knew there was still quality everywhere in Sicily. I needed to make the world understand the difference between a commercialized product and the quality born in this land.

You can sweep away tradition in a short period of time, and substitute it with something else.
I can’t do that.
I have deep roots here in Sicily, my land where I live and work.
The clear air, the blue sky, the strong yellow of the wild dried herbs.
The light, the sounds, the colors a spectacular landscape that produces the best ingredients in the world.
It inspires me to create from nature, to understand what is good and can be transformed into food.
This is how you build a recipe.
I want to protect and share our culture, to honor our traditions.
In every expression of our work, bringing to the world a perspective that belongs to this land. 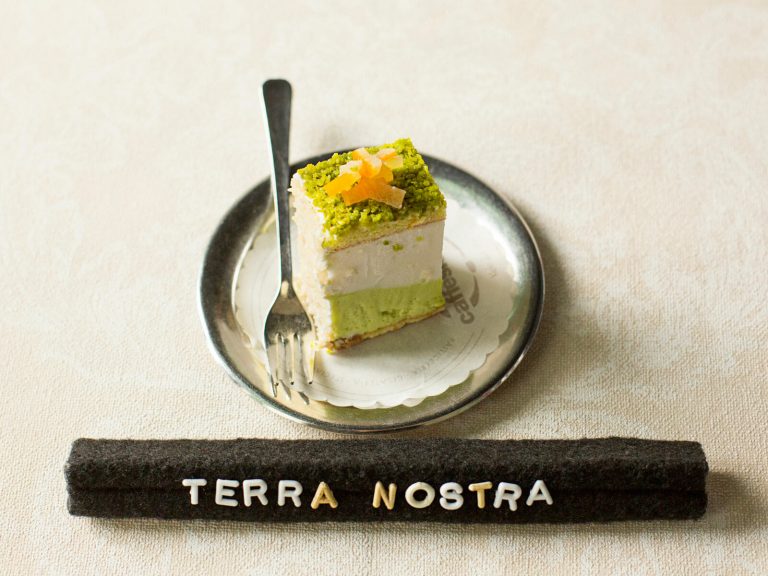