As part of the ETH World Food Systems Summer School 2016 I had the honor of 3 hours tour of the Fintan farm and Sativa Seed Production facility with farmer Martin Ott.

We had a chance to hear about 5 aspects of the farm.

Our first stop was at a small field which is devoted to the project of de-hybridizing sweet corn. The field includes all 160 varieties of sweet corn. In this field Martin is allowing the hybrids to re-breed, creating diversity again. He sees this as a necessary process which must be repeated with every plant in every place to develop seeds that are most appropriate to each ecology (“own sorts”. Fintan is doing this for 1200 different plants.

He also explained that corn plants produce 89km per day of hair-roots covered with neurotransmitters that cannot be exactly distinguished from the soil itself. This is where the plant “speaks” with the soil, the microclimate, and the human culture which affects it, making decisions about what to do. He referred to this as one of many “frontier” zones (in permaculture we call this “edge”) which is the place where life is created. This is the place we need to understand!

The second stop was at the vineyard, where four varieties are grown intermixed using no copper sulfate. “To keep the wrong grape on a certain place, for that you need chemicals.” He would prefer to have more varieties, but has not yet developed more varieties correct for this place. The vineyards are on a steep hill and are terraced. The terracing stops erosion, creates a hot terrace wall, and a humid earth. They manage the orchard by letting the weeds (he calls them “herbs”) grow as long as possible. Even when they cut some, they always leave some still coming up. “We don’t have to take our wine to Zurich, the people come here to get it.”

Next stop was a field in clover. The plots on the farm are in an 11-year rotation, and no fertilizer is imported to the farm.

The first victim of industrial farming –after the farmer– is the soil.

The wild pigs don’t come into the farm because he gives them 20m of edge with cow shit and they enjoy that area so much that they don’t pass to eat the vegetables.

The problem of the world is not to make more food. It’s not to destroy the soil by making food.

The cow is an important part of sustainable agriculture because he can shit and eat from the same ground and the soil gets better…This is what enables humans to stay in one place. Every animal has an approach to human beings. The horse is about transport. The cow is to make rotation and fertility. The cow is the animal of peace. He teaches people to stay where they are. The eye of the cow is the door to humility, enoughness, and spirituality.

If you feed cows “concentrate” (grain?), 1 cow eats for 5 people and produces milk for one person. If we put the cows on grass and hay, we could feed 1B people more.

We plow less and less.”

We visited the barn to have a look at the cows, some goats, and a few of the sexy farmhands.

Animals don’t decide what to see and listen to. We decide.”

Animals are always honest. You have to learn their language.

Tension is the beginning of communication. Cows communicate with their horns. Those with horns touch each other 8x more often.

Dairy cows have no family, so the other cows and the farmer is their family. And they have lifelong friendships with other cows.

The bull lives with the herd of cows. This is not a problem because the farmer always respects his relationship with his current favorite. “The bull is in love for 2 days.” The milking barn is designed so that the bull can accompany his love to the milking and keep his eye on her to make sure the farmer is not doing anything untoward. The farmer only approaches the cow from the side, not the back.  If the bull becomes a problem, the farmer brings in a very young male, to compete and distract the bull from whatever he’s fighting with the farmer about.

Swiss swallows eat the malaria mosquitos in Mali. Unfortunately, the children are so hungry that they are shooting and eating the swallows.  The 2nd of April, the first swallow gets back. She sits in the barn and tells me everything she has seen.

Swans can barely fly. They cannot even carry 5g extra weight. They cannot carry anything.  Another example of edge.

Why do you put bells on the cows?

Because this is a tradition and it’s beautiful. It’s like a cathedral.”

The flavor of celery has been bred away, in an attempt to prevent it from going brown. So we have to make new celery.

Kale is a low-energy vegetable that you can grow in cold weather and for a very long time. The Swiss people don’t like the color, so we are growing different colors for them.

We use special bumbles (bees) who cross every plant.

Since 300 years, the world has been round. This results in diverse ecosystems because of the varied relationship with the sun.

If we accept that we live on a round earth, farming must be different on every place. Organic farming comes from a place, develops in a place, and works with the spaces in between (edge).

Good agriculture can keep people where they are, feeling that they are working with vision, so they don’t want to leave the farm and migrate.

Farming used to be an open culture, where people came to work and then left. With tractors came ‘family farming’, families with problems, with flowers, and nationalism.

Your eyes are not only for photography. You need to go with the soul in your eye, like a lover.

The most important thing in your life is personal evidence. You can feel what is happening with the ecosystem around you. Learn to read nature, by your feelings.

Economics force you to be honest. You fail if you don’t speak honestly about things that aren’t working. But you need to speak/criticize in a way that something new happens. 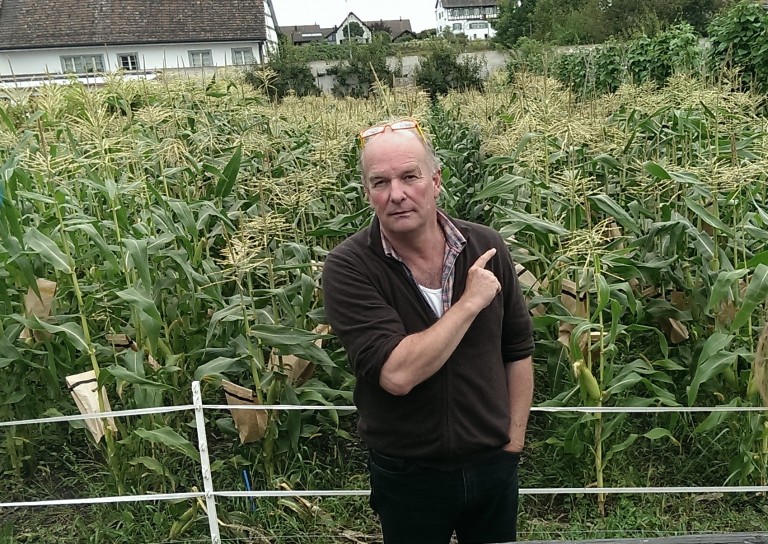