When ‘blockchain’ displaced ‘Bitcoin’ as the buzz a few years ago I determined not to be intimidated. Where the boys are bouncing jargon around is usually a place I wade into it, only to prove to myself that I can understand it. As Berlin became one of the hubs for blockchain startups in 2018, I attended ZCash’s Privacy for Everyone conference and Amatus’ Revision weekend. While the acronyms indeed flowed at the rate of a stock ticker, these conferences were focused on issues of diversity, information sovereignty, and access.

When one of my customers asked to pay for a product in cryptocurrency this was a good chance for me to get some experience. But then I got distracted, and just left it sitting there through what appeared to be the flatlining of the whole sector in 2019. Recently I followed one of the hosts of my favorite podcast Longform to his other podcast, CoinTalk, and learned that the sector has recovered in fascinating ways.

In 2018 Bitcoin was already very expensive, and other uses of blockchain were still in development. A bevy of “altcoins” offered an accessible entry point to cryptocurrency, many offering some free coins to early adopters as they launched.  While blockchain went far beyond the possibility to create alternative currencies, there weren’t yet any consumer-oriented products to pay with.

The industry as a whole worked to get more people comfortable with the infrastructure of operating there, particularly the meaning and use of cryptocurrency wallets. While wallets could usually handle a few different coins, they couldn’t handle all of them, so one might need various wallets. There were also exchanges, where you could dock your wallet to exchange from “fiat” (non digital currencies like $ and €) to cryptocurrencies and between currencies. This was all a bit awkward and frustrating.  Creating a wallet and putting some coins into it and then watching their value go up and down like a stock was the basic thing you could do.

The buzz was all about Etherium, the biggest of the “alternatives” to Bitcoin. While Bitcoin’s value was in the 10s of thousands, Etherium was in the hundreds, which put it far ahead of any of the altcoins, but its value wasn’t the focus. Etherium was designed differently than Bitcoin, not primarily as an investment mechanism, but as a system for building financial institutions based on ultra-secure computer processes called “smart contracts”. The ether world promised institutions that were less vulnerable to fraud, corruption, irresponsibility, and did not rely on national legal enforcement.

In 2019, Bitcoin’s value dropped below €5000, and Etherium’s promised “projects” hadn’t emerged. There was so little to talk about that the CoinTalk podcast went off the air.

The financial crisis caused by the pandemic has a few winners, and one of them is the stock market. How the stock market can do well when only a few companies are doing well is a bit mysterious and points to the perversity of that system. Alongside the general rise in the stock market, Bitcoin has made a dramatic recovery, exceeding its 2018 high of $15,000 and reaching $50,000 by March of 2021, and Ether has also recovered from its low of $106 to exceed its all-time high of €1100 to $1800.

But Etherium’s recovery of value may have entirely different causes than Bitcoin’s. While Bitcoin’s rise may be driven by insecurity, dystopian fears, and speculation, the sector of Etherium-based projects has started fulfilling on its promises, developing an entire landscape of interesting experiences and possibilities.

Perhaps the most significant of these is the creation of wallets and exchanges that are far easier and less intimidating to use, facilitating the entry of many more people into the world of cryptocurrency. The Etherium exchanges are also “decentralized” (DEX), which makes them faster and less vulnerable to hacking, theft, or the imposition of fees.

Meanwhile, Etherium has created alternative forms of investment that are much more engaging and personal than coins and price charts: Non-Fungible Tokens (NFTs). NFTs are basically a set of coins in which each coin is unique and based on its unique characteristics can gain differential value relative to other coins in the same set.

A recent example is the set called “Hashmasks“. This is a finite set of 16,000 images which were auctioned in late January 2021, earning $16M in the first week, with some buyers re-selling within that time Hashmasks purchased for around $100 for $100,000.  Even the cheapest Hashmasks are up 10x (more than 1 ETH or $1800). Hashmasks are a dramatic aesthetic upgrade from Cryptopunks, the first NFTs (launched in 2017) while being largely the same:  Computer-generated portraits mixing and maxing modules developed by artists. The expectation is that computer-generated artwork will be superceded by “real artwork”, now that the medium has proven itself to be functional and lucrative.

And NFTs go beyond artwork. They include games, like “Cryptokitties”, in which you can “breed” your NFTs (rather like mining your own coins), and collectables modeled on sports trading cards, like “NBA TopShots“, videoclips of basketball feats.

They also include URLs with .eth suffix which can function as public wallet addresses.

The Etherium industry encompasses hundreds of companies and projects. NFTs are one sector of this industry. Another is Decentralized Finance, which has already attracted billions of dollars of venture capital investments. In the words of CoinTalk host Aaron Lammer “I often thought Bitcoin’s a great buy … if we can equal gold, what a comeup. It feels like now we’re competing with the entire finance industry… engaged in the process of trying to flip Wall Street… ” (04.February 2021).

DeFi already boasts lending instruments like AAVE which enable borrowers to use their Bitcoin as collateral (easy to appropriate in case of default), quick and streamlined access to funds, and democratized access to lending and its profits. It includes the DEXs like Uniswap in which participants earn by providing their holdings as liquidity. And it even includes financial services like flash liquidity for arbitrage. While now the profits from such services pay the Wall Street Class, Rook enables anyone to become a shareholder to profit from this type of lending. Each of these DeFi projects is open to investment (which takes the form of buying the project’s coin). In addition there are the equivalent of mutual funds, like the Defi Pulse Index (DPI) which simplifies investment in the top-10 DeFi projects.

Exploring this world, the similarities to gaming are obvious: serious players learn a vocabulary, to manipulate a complex set of tools, interact with the limitations of a host of other players, understanding the evolving rules in fine detail, develop a personal style of play, and participate in an insiders’ social world through online forums. The similarities are also obvious to gambling –and its most respectable family-member, day trading. Skilled play is not only entertainment, it can also generate real-world fortune –or ruin.

That being said, it is also the case that all currency is fictional. Back in the 1990s, I was an advocate of “community currency”, physical or online monetary systems designed to increase economic exchanges in towns. The core of our educational program was explaining to people that dollars had no value of their own; they are nothing more than a unit of measurement. The value was in our time, tools, and skills and so long as we had an abundance of those, we shouldn’t be limited by the dollars in our wallet. Indeed money should be thought of more like inches than like gold: it’s only a measurement device. By issuing an alternative currency we gave people more units of measurement with which to exchange with one another.

From this perspective, the “fictionality” of cryptocurrency in all its forms, such as NFTs, is not a problem. (We also believed that money should be more beautiful and hired local artists to draw our new money.) The challenge for any currency is its buying power. Successful community currencies were those which recruited many skilled tradesmen and a diversity of retail businesses to accept the currency. Failures were those only used by masseuses and language tutors. In the most successful cases in the US, so many local businesses accepted the currencies that landlords and dentists did too. In this way a community currency can sustained the economy of a community with high rates of unemployment and underemployment in the dollar economy. Backed by the value of our labor and skill, the currency is not speculative. (Some early online systems even programmed a depreciation to encourage rapid circulation, since it is in circulation that money benefits the community.

By this measure, cryptocurrency is already providing sustenance to an industry of workers. It is creating value not so much through exchange rates, but as an entertainment alternative for gamers, sports-fans, and collectors, and as an alternative investment strategy to savings accounts and Wall Street. Now we hear rumors that retailers are investigating and investing in the industry. They see a benefit of opening channels for spending cryptocurrency, which would vastly increase its useful value.

Andrew Chiw of chiwbaka.com and tokengineer.com asked me to speculate about other ways that artists could use blockchain. There are a couple of systems offering alternatives to patreon.

Satoshipay enables creators to collect donations or charge micro-payments for web-based content. Paywalls are a risky strategy, because you lose your connection to your audience, while angering them.

Brave was built as as alternative web browser that rewards users in coins that can then be used to automatically “tip” valued content creators.. The project doesn’t seem to be working, but it gave me an idea. What if audiences could distribute and re-distribute a fixed collection of 10 coins per month among their favorite content creators, rewarding and punishing them directly for the quality (and ethics) of their work? Fan loyalty could be rewarded by access to more content or products only available to fans with current engagement. This might enable content creators and influences to rely on their audiences for revenue rather than on endorsements and sponsorships.

It seems to me that the founders and programmers in the sector are neither gamers nor gamblers, but do want to create democratized financial architecture, just as we did in the community currency movement.  And it’s worth noting that cryptocurrency now provides the printing and accounting infrastructure for communities wanting to create local currencies.

So, in good faith, I bought a Cryptokitty…. 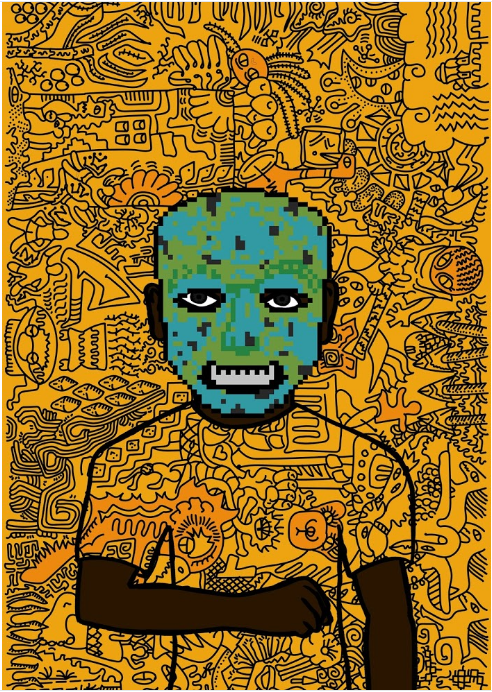