the crisis has no clothes 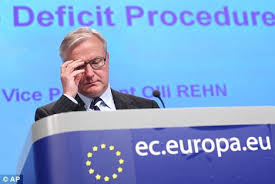 As a budding Australian, I learned this week that right-wierdo Tony Abbott’s budget cuts are spurious. The agenda of the cuts is to eliminate the deficit, but it’s not a big deficit and it’s not particularly a problem. Having invented a problem, Abbott has cut “across the board”, implementing Australia’s first user fees for healthcare (including children’s immunizations!) and cuts to profitable investments in innovative enterprise.

During the same week, I was lucky to attend a fabulous seminar by Jim Stanford, Economist for Unifor, Canada’s largest private sector trade union. He explained the financialization of Air Canada. Financialization is the process of treating a non-financial company in financial terms. Basically liquidating its assets without regard to its reputation, and continued ability to operate. Air Canada’s own internal services were sold off as separate companies, from which Air Canada now has to buy essential services (such as airplane maintenance). Billions of dollars were made on these sales. Financialization is a finite process. Once value had been stripped from the company, the investors abandoned it. Air Canada is rebuilding, but without cash reserves and resiliency. Indeed $6 billion was siphoned from a company that had basically not made a profit for about 25 years. As usual during financialization austerity measures (job and pay cuts) are legitimized by the trumping logics of financial hardship and the need to be “internationally competitive”. Interestingly, there is relatively little profit (ergo little savings) to be made from these measures. They contributed little to the overall take.

Now it’s true that Air Canada was in bankruptcy when the financialization all started (2004), but that moment was caused by 911 and SARS, and Air Canada could have been helped through that period, without undermining the future of the company in the process.

In The Body Economic: Why Austerity Kills, Oxford researcher David Stuckler presents the results of austerity policy on health. He points out that traditionally, countries save money in good times and spend in lean times. Cutting budgets to respond to financial downturns is raising long-term costs. Healthcare is only the most obvious case.

Austere responses to false crises create opportunities for the processes of “Disaster Capitalism”, compellingly described in Naomi Klein’s 2007 book, The Shock Doctrine (a point made by Owen Jones in 2012).

Regardless of the scale or apparent urgency of the crisis, whether the site is a nation or a firm, we need to be clear that decades of structural adjustment policies implemented by the IMF + 5 years of keelhauling Europe are all the evidence we need that austerity policies, in Jones’ words “sucked growth out of the economy, failed to tackle debt, dramatically increased unemployment, and devastated living standards.” These policies don’t work and we have to stop allowing ourselves to be tricked into agreeing they are “necessary”.